On Monday, May 12, 2008, at 2:28pm, a 7.9 magnitude earthquake jolted southwestern China’s Sichuan Province. The quake flattened 1,044 villages and destroyed infrastructure in the area. As of September 22, 2008, there were 69,227 confirmed deaths, 374,643 injured and 17,923 people missing. This devastating event caused millions of people homeless and destroyed many schools, including one that had at least 900 students in it.

Severely damaged by the 7.9 magnitude earthquake jolted southwestern China’s Sichuan Province on May 12, 2008, Lianjiang Central Primary School would have very little chance to obtain any funding to reconstruct its school campus since it does not locate in the epicenter of the quake. With this reconstruction project, approximately 500 school children ranging from pre-school to grade 6 and 40 teachers and staff of Lianjiang Central Primary School will soon to resume their classes in safer school buildings with full frame structure and seismic fortification of intensity 8. 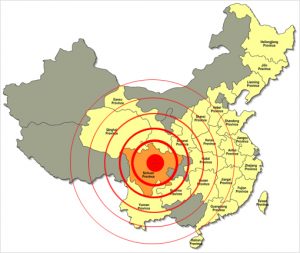 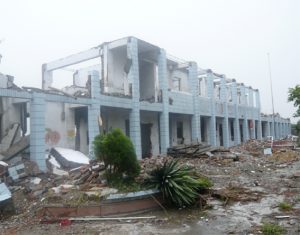